GoPro has unveiled the latest incarnation its action camera—the HERO 11 Black—and launched a new Mini model alongside it. Except for the different number on the side, the HERO 11 Black is physically identical to its predecessor, which is great news for underwater videographers that already have a bunch of accessories, but the camera boasts a new sensor capable of capturing 5.3K/60p 10-bit video. Interestingly, with both front and rear sceens missing, the HERO 11 Black Mini is slimmed down in size but not in performance—it too can record 5.3K/60p video in 10-bit quality.

The cameras are built around a new 27-megapixel sensor with a surprising aspect ratio of 8:7. Thanks to the new 10-bit recording capability, the sensor delivers over a billion colors for a “staggering” improvement in image quality compared to the 8-bit color of earlier sensors, according to GoPro. The view of the new taller sensor can be cropped to different vertical aspect ratios for Instagram and TikTok using GoPro’s Quik app. There’s also a new 16:9 super-wide view, called HyperView, on offer. With the new sensor, still photo capture gets a bump to 27MP, up from the 23MP of the previous generation.

Other notable features include HyperSmooth, GoPro’s image stabilization software, which is now at 5.0; the company’s Enduro battery being bundled as standard (it was previously sold as an accessory); and the price, which for the HERO 11 Black is still $500 (or $400 with a GoPro subscription)—the HERO 11 Black Mini is $100 less. The latter can be purchased from October 25th, while the former is available now from retailers such as Backscatter. 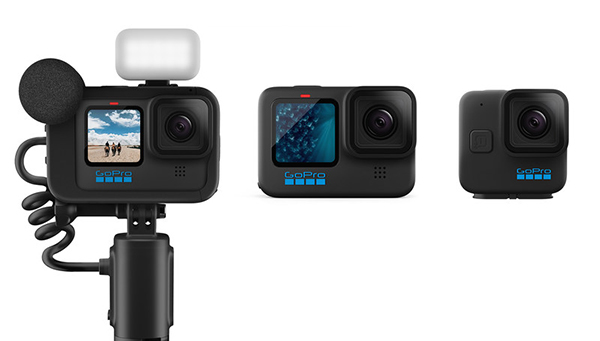 All three HERO11 Black cameras also take GoPro’s subscription service to a new level by delivering automatic highlight videos to your phone. As a GoPro subscriber, you need only plug-in your HERO11* to charge and the camera will upload your footage to your GoPro cloud account where it’s automatically edited into a highlight video that is sent to your phone via the GoPro Quik app. It’s now that easy.

Each of the three new HERO11 Black cameras are designed to appeal to consumers in different ways, meeting the needs of their particular use cases. 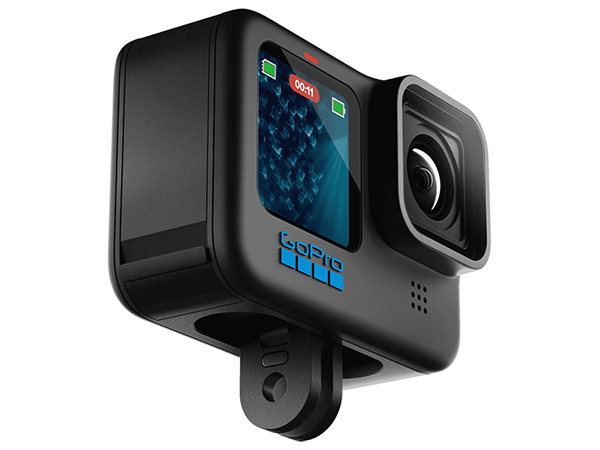 New Larger Sensor Captures 10-bit Color and the Widest, Most Immersive Native Field of View in a HERO Camera

The new 1/1.9″ sensor delivers over 1 billion colors in 10-bit color video at up to 5.3K resolution at 60 frames per second in both HERO11 Black and HERO11 Black Mini and 27 megapixel photos in HERO11 Black for images that are truer to how your eyes perceive them in the real world. This results in 64X more colors captured in 10-bit video over the 16.7 million colors in 8-bit, a staggering leap forward in image quality over previous GoPro cameras.

HERO11 Black’s new larger sensor also enables 8:7 aspect ratio video for the largest vertical field of view ever on a GoPro. This means you can now capture more of a scene vertically with the ability to crop for different aspect ratios in the GoPro Quik app—perfect for simultaneously creating extra-tall 9:16 vertical shots for Instagram and TikTok, plus high-resolution 16:9 cinematic shots ideal for YouTube or the big screen. You can also zoom in on the best sections of your videos to create high-resolution closeups.

The new sensor also enables HyperView, the widest 16:9 field of view ever native to a HERO camera. Ideal for filming first person view of yourself biking, skiing, surfing, motorcycling and similar activities, HyperView makes your favorite activities look faster and more heroic than you ever imagined possible. 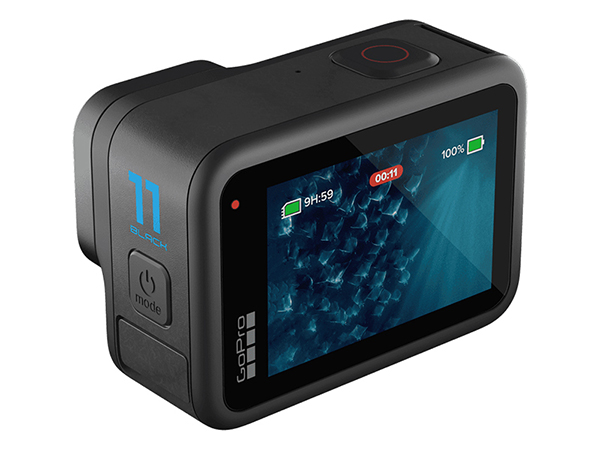 A GoPro Subscription makes everything easy

The GoPro Subscription enables your GoPro camera to auto-upload your footage to your GoPro cloud account with unlimited backup of all your shots at their original source quality. What’s more, you’ll receive a highlight video of your footage immediately after it’s done uploading to the cloud. GoPro subscribers also enjoy the following benefits: 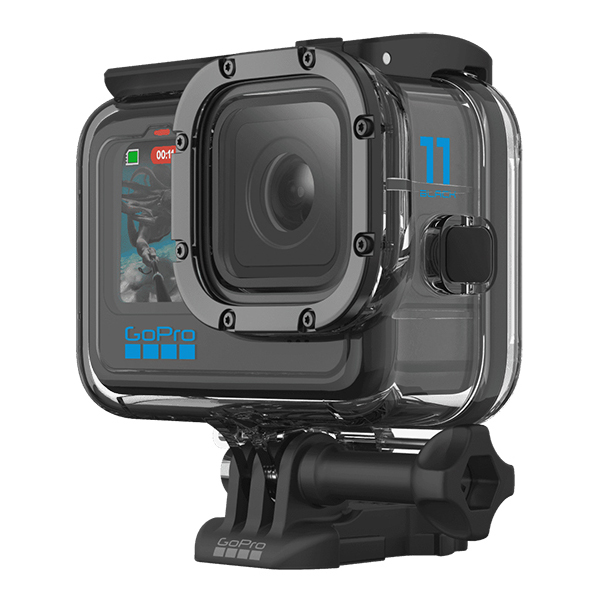