Razer has unveiled a new compacting Blue Screen that is designed for streamers but could also be used by mobile portrait photographers as an easy way to get a customizable background while on location.

Announced as part of RazerCon 2022, which also saw the company release a new gaming handheld as well as audio equipment including earbuds and headphones, the Razer Blue Screen was easy to miss but has the most utility outside of the gaming space and especially for photographers.

The Blue Screen is a chroma key panel that is designed to be used in conjunction with video game streamers on YouTube or Twitch as a way to add more dynamic backgrounds to live streams. The company says it is crafted with “premium fibers” — technically, polyester — and is also wrinkle-free and seamless. The screen compacts to a relatively small and carryable 62 by 4.10 by 5.16 inches and can expand 94 inches high (7.8 feet). While it’s not designed for full-body shots since it’s not particularly wide and doesn’t allow for a seamless curve onto the floor, it would be more than capable of being used for headshots and even half-body portraits.

When compacted, the Blue Screen is easily transported thanks to a built-in handle. 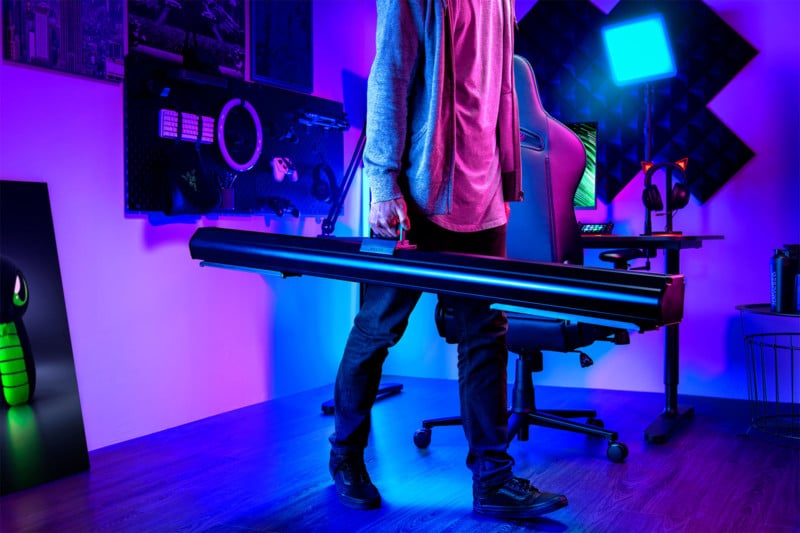 Razer says it chose blue instead of green because it is easier to key.

“Used in professional moviemaking, blue screens allow for the cleanest keying and are ideal for streamers who want to easily change their streaming backgrounds to reach new levels of creativity and engagement,” the company says. 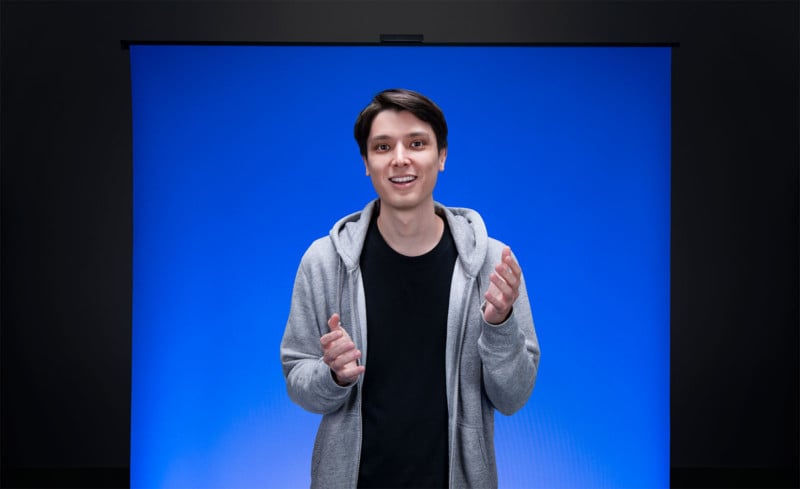 Easy, deployable backdrops are not particularly common and while the Razer Blue Screen does limit photographers to a single blue color, it at least allows for some level of adjustment to any number of colors or looks in post production. The rear of the screen is supported by a compact set of crossbars that should also make it stable and deploy easily and very likely faster than traditional backdrop solutions that have been commonly found on the market for years.

It certainly cannot fully replace a traditional backdrop set, but it no doubt could enhance a photographer’s workflows depending on the job.

The Razer Blue Screen is available starting today for $150 directly from Razer’s website.