SmallRig has upped its game in the lighting department with four new affordable fixtures to take you filmmaking up a notch.

What a time to be a filmmaker. While our obsession with new gear and our shared universal gear acquisition syndrome can make it seem like our passion is costing us more than ever, the truth is that there are more tools available now at affordable rates than ever before. Any marketplace inherently built partially on status and glamour will always have its share of have and have nots. There will always be premium brands and premium products which carry heavy price tags, warranted or not. But when it comes to the nuts and bolts of getting that idea in your head onto the screen, the only real limitation is your imagination and ingenuity.

I’ve always enjoyed SmallRig accessories over the years. I first learned about them through the variety of customized cages they make for various cameras. Whether it’s a cinema camera or a small mirrorless body, purchasing a cage is usually one of the first things I do so that I can get the camera ready to shoot. Of course, SmallRig makes a lot more than cages. From clamps to mounts to everything in between, just about every filmmaker has at least a few SmallRig products in their arsenal. And they have a way of making these tools more affordable for filmmakers. In recent years, the company has built up its offering in the lighting department as well, bringing the same value proposition to filmmakers looking to achieve high-end results on a reasonable budget.

Recently, I got a chance to check out the new SmallRig RC 450 COB. It is a powerful bicolor LED fixture capable of producing up to 121,000 lux. The extra power gives you the ability not only to blast a subject with direct light but also push through thicker diffusion material while retaining the necessary luminance.

The system I used is one of four models SmallRig is bringing to market. The 350B and 450B models are both bi-color, while the 350D and 450D models are daylight, the difference being the B models have adjustable color temperatures while the D models have a bit more power. The 450D model is capable of emitting 172,000 lux at 1 meter with the 55 degree hyper-reflector. 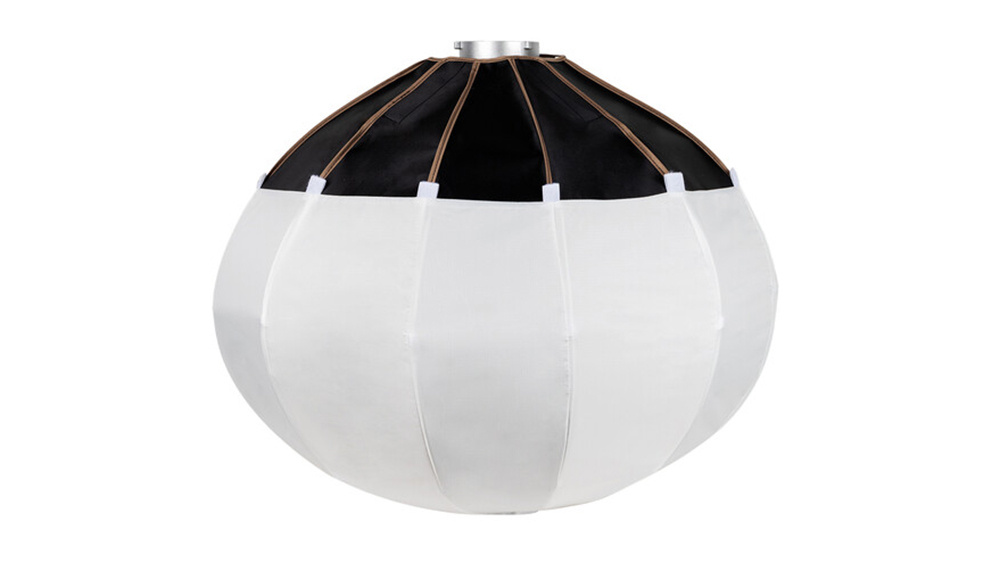 I got a chance to use the 450B with SmallRig’s RA-L90 Lantern Softbox, which proved to be an excellent tandem. The L90 can be used as an overhead source to create pools of light. But it can also be used as a traditional softbox with an added level of control being provided by the Fabric Barn Doors included in the box. As a big fan of efficiency, I should also note how much I appreciate how easy it is to operate the lantern. A simple spring system means that setting it up and breaking it down is simply a matter of pushing down on the right spot. The whole system can be ready to use in seconds and mounts to the traditional Bowens mount system included with the 450B.

If you are familiar with the current wave of LED lighting systems, the light was very easy to use. It happened to arrive literally at the exact moment when I was taping a segment for my YouTube channel. So, I opted to put it through its paces within minutes of arriving at my doorstep. Literally straight out of the box, onto a stand, and fitted with the RA-L90, the quality of light generated by the fixture was just right. The color rendition felt accurate. I didn’t do any scientific testing to confirm this. But I didn’t have to do any alterations at all in the color grade, so, to me, that’s a win.

It was not at all difficult to figure out. You have your traditional adjustment knobs to control intensity, color temperature, and frequencies. It also includes some useful lighting effects such as lightning, TV, flash, and so forth, which can add a bit of dynamism to your lighting design when necessary. You can control the lights with the knobs on the unit. Or, you can control it wirelessly with the SmallGoGo app or with the optional Control Panel unit, which helps to extend access to the lights controls if it were perched in a difficult position. 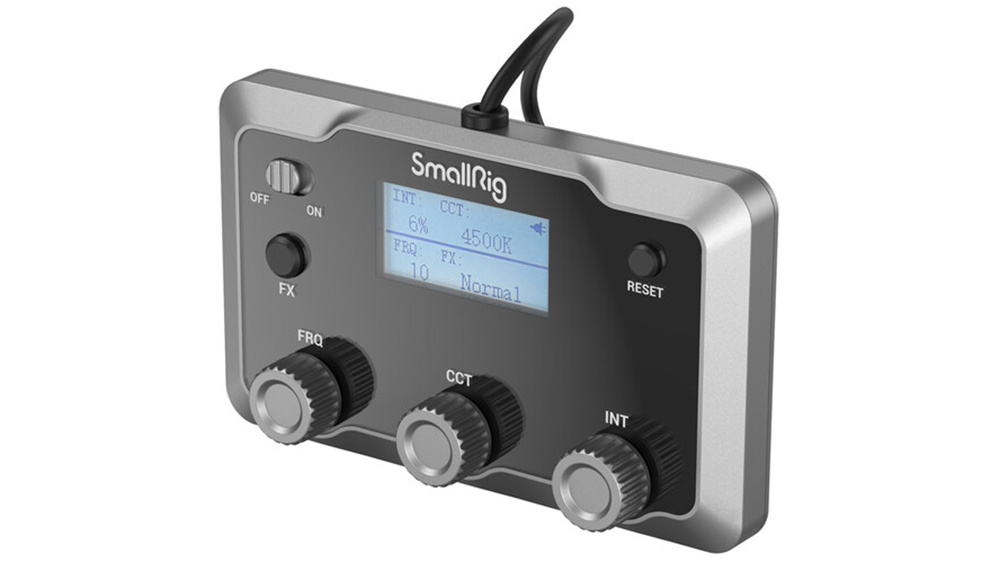 The system is relatively quiet compared to other units in this price and power range. I was able to run it just a couple feet from me while I was on camera and didn’t pick up any distracting fixture noise on my audio track.

Size-wise, I’d call this light a middleweight. It’s definitely not small or light, but neither is it prohibitively heavy. It can easily be lifted and mounted by one person. I also didn’t feel at all uncomfortable mounting the system to a C-stand as opposed to feeling the need to use a heavier combo stand. I might change that opinion were it to be used boomed out or in awkward positions, but for most uses, you won’t have anything to worry about weight-wise.

For a point of comparison, it’s slightly bigger and heavier than my Apurture 300D. So, if you have used one of those, that should give you an idea. The 450B is also slightly more powerful, so it’s worth the limited tradeoff. I took the light outside to do a bit of a test against a bright sunny day to see how powerful it could be. Used in close, I was able to overpower the sun. 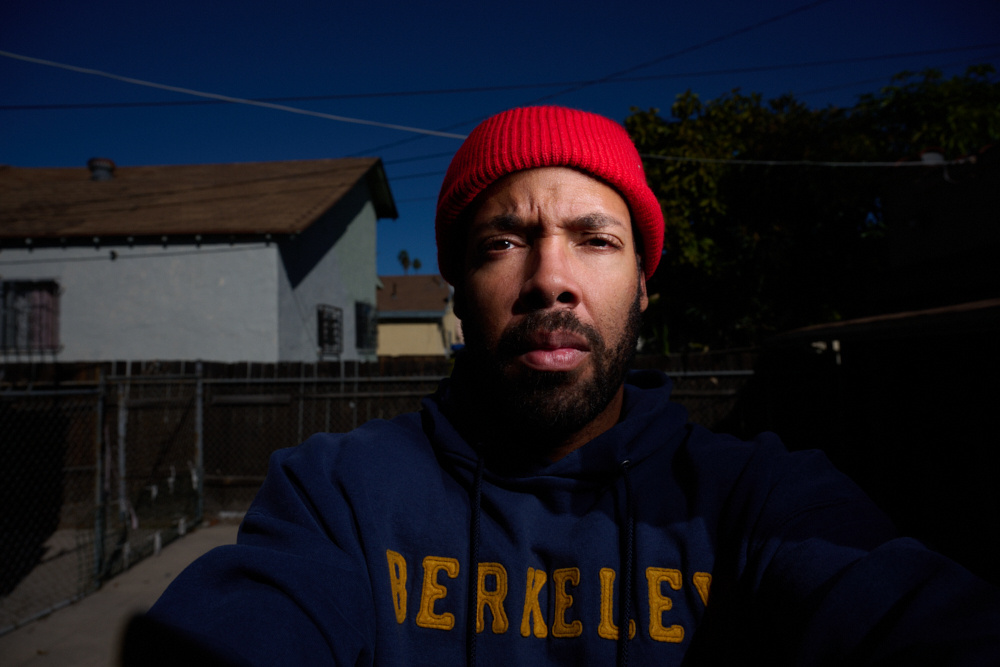 Pushed through a silk (how I would probably use it in real life), it provided a really nice fill for my closeup. The advantage of the power of the unit is that you can use it in many ways, including pumping it in through a window to simulate a sunlit interior or bouncing it off of reflectors without losing significant amounts of light. 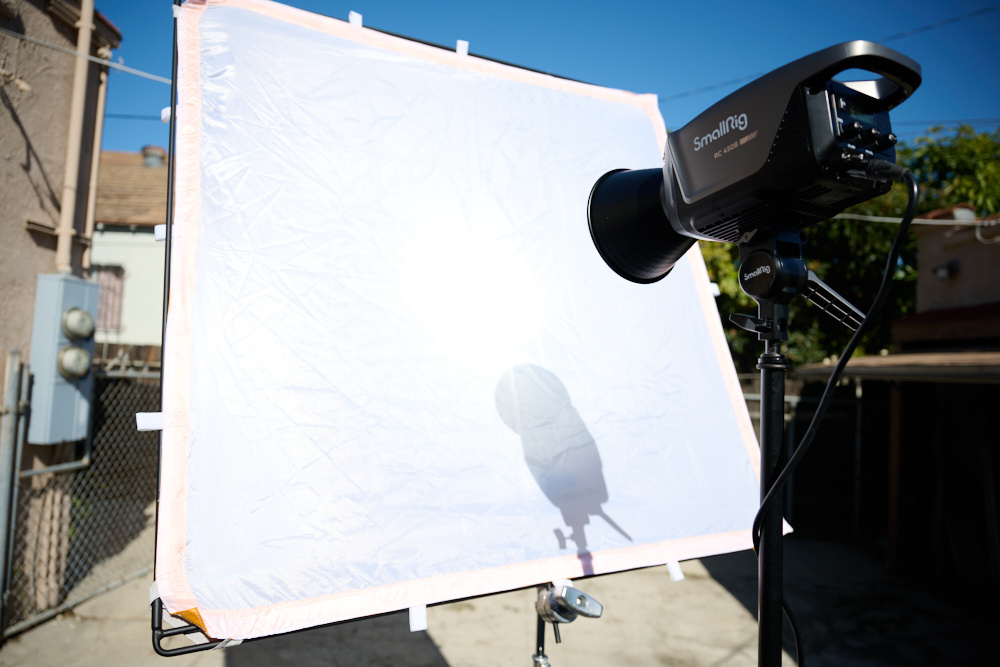 The light also comes in a protective travel case. Fresh off the assembly line, the pre-cut foam on mine was a little tight, making taking it out and putting it away marginally inconvenient. But, I’d say that if the biggest flaw I have with the light is the bag it comes in, we’re off to a pretty good start.

The only real trouble with having so many great options on the market is that you’re likely going to want to purchase them all. So, even though the prices of these tools are coming down, if you buy them all, you might still have some explaining to do to your spouse. At only $1,099, the 450B provides excellent value by providing a powerful light at the right price. The other models come in at $799 for the 350D, $899 for the 350B, and $999 for the 450D. Light is the most important tool in a filmmaker’s arsenal. So, put it to use.